Retirement is a milestone that many look forward to marking. When that occasion comes after years of service at the same organization, there are all the more reasons to celebrate – to honour the commitment and impact an individual has made over the course of their career.

Together, the retirees have dedicated more than 150 years of service to the University’s students, and throughout the course of their time with Crandall, have been instrumental in seeing Crandall University grow into the institution that it is today.

Wendy Bokhorst-Heng started at Crandall in August of 2010, and for the last 11 years she has taught in the Faculty of Education. Dr. Bokhorst-Heng’s work at Crandall has and will continue to have a lasting impact on the University’s education program. Her development of an ongoing research agenda that focuses on French Immersion education, cultural mediation, and intercultural competence has brought her into the offices of stakeholders in the Department of Education and principals in the Anglophone East School District. In addition to this, Wendy was instrumental in the development of an after-school writing club in local elementary schools. This club ran for roughly seven years and involved around 60 students. Along with her many other accomplishments, Dr. Bokhorst-Heng also started the Human Library, which has gone on to be a memorable and much anticipated annual event since its inception in 2012.

When asked to share one of her favourite memories from her time at Crandall, Wendy was quick to share a story of Seth Crowell, along with Janet Williston and her husband Steve, picking her and her family up from the airport after a 28 hour flight from Singapore at around one in the morning. “This spoke to the sense of family, the heart of Crandall, and the extent they would go to make me feel welcome.”

Debbie MacPhail started at Crandall in the fall of 2003 and has held a number of different roles throughout her 18 years including working in Student Development, Campus Housing, and most recently in Student Learning Services. Debbie has occupied an interesting and very special space as a Crandall staff member as all of her roles have focused heavily on students and student interaction, and she has connected with students across nearly every program over the years. Due to this, Debbie considers one of the most significant accomplishments of her career to be the opportunities she’s had to be invited into the lives of students and serve as a listening ear and encourager.

Debbie shared that out of all of her many cherished memories at Crandall, Convocation days would have to be her favourite. “That’s the day that everyone is at their happiest,” said Debbie. “The challenges students have faced during their time at Crandall have ultimately led to a great celebration of their academic and personal accomplishments.”

Dr. Dennis Bustin started teaching at Crandall as a part-time faculty member in 1990, eventually taking on a full-time teaching role in 1997. A former student (BA ‘86) and incredibly passionate about the University, Dennis was involved in a number of groups and committees, including the Baptist Historical Committee, Baptist Heritage Center Committee, Oxford Study Program Committee, Coordinator for the History Department, and even Assistant Coach for the men’s basketball team!

Similar to Debbie, Dennis considers his most significant accomplishment to be making a difference in and impacting students’ lives, saying “the relationships I built over the years with students and faculty have been rewarding and well worth the effort and experience!” When asked about what memories he holds closest, Dennis shared that he has so many amazing memories that it’s difficult to pick just one, listing off both student and faculty favourites like Fall Foliage Day, Faculty Retreats, and Christmas Banquets. Dennis also recalls forging a relationship with a mature international student from Kenya that he holds very dear. “He was a wonderful student who became a special friend of mine and my family. I was his teacher but in this case I became the learner. He taught me so many life lessons in the two years that he was here that I could never fully put into words his impact on me.”

Ivan Douthwright’s first day at Crandall was September 1st, 1985, meaning he has worked for the institution for a total of 36 years. While Ivan’s official title is University Librarian, he has been known to lend his services wherever they might be needed, including to the Academic Council and Senate (with which he has been involved since its creation), the Baptist Heritage Center Committee, the Atlantic Provinces Library Association (of which he was the President from 2007-2009), Crandall Bookstore Manager, Crandall Cafeteria Assistant, and he served as the Crandall Christmas Craft Fair Coordinator for 23 years. On top of all of these responsibilities, Ivan was also a founding member of “The Partnership”, a group of all Canadian Library Association Presidents operated under the guidance of the Ontario Library Association.

Throughout Ivan’s long and illustrious career at Crandall, he dealt with library automation, changing library systems three different times, and transitioning from the Dewey Decimal system to the Library of Congress system, all of which he considers to be some of his greatest career accomplishments. Working at the University for 36 years also means that Ivan was present for the move from the Salisbury Road campus, and has overseen the George A. Rawlyk library from the day the first books were brought to the Gorge Road. Recently Ivan shared that his favourite memory from his time at the University was doing the Macarena with fellow staff and faculty at a gathering at a faculty member’s home in 1996. He has also greatly appreciated all of the heartwarming comments from students in the weeks leading up to his retirement.

Dr. Dempster started his 37 year long career at Crandall in August of 1984, first as Assistant Professor, then Associate, then Professor, and, like all of our retirees, he has been involved in many committees and groups at Crandall, serving the community both inside the classroom and out. Steve also held the role of Murray Chair for about ten years and brought various scholars to the University to lecture including David Jeffrey, Jean Elshtain, and David Bebbington. Another fact that people might not know about Steve is that he actually started the Crandall men’s baseball team and acted as the Coach and Manager for ten years!

Having taught many a religious studies course over his 37 years, Steve considers one of his biggest accomplishments to be facilitating a love for the Old Testament in his students, several of which have gone on to further study in the topic and even become professors themselves. He also considers himself extremely lucky to have been in a position to cultivate a desire to serve and love God within his students, and encourage them to pursue Him in whatever occupation they choose to enter. When asked about his favourite memory, Steve turned to scripture, like any good religious studies professor would, explaining how Psalm 46 has been a passage he’s repeatedly turned to throughout valleys in his and other’s lives and how amazing what God does with His word truly is.

Last, but certainly not least, Dr. Seth Crowell began working at Crandall on September 1st, 1979 and has served at the University for a total of 42 years. Also an alumnus (class of 1973), Seth’s first two years as a faculty member at ABC were as a Lecturer filling in for Dr. Gary LeBlanc who was on sabbatical. Following this, in the fall of 1981, Seth assumed the role of Registrar while continuing to teach six courses a year. Then, in the winter of 2000, Seth was appointed as Vice-President for Academic Affairs, a position he held for fourteen years, until in 2014, he became a full-time Lecturer in the fields of Sociology, Organizational Management, and Education. Despite the fact that it seems like Seth couldn’t possibly be any more involved, he also acted as the unofficial Athletic Director for the first seventeen years of his career at Crandall, coaching both men’s and women’s softball and basketball, as well as men’s hockey!

Of all of Seth’s significant contributions to the University over his four decades of service, he feels one of his greatest accomplishments of lasting influence was his role in the hiring of various faculty and staff throughout the years. Seth also had a part in introducing the option for intensive courses, which he felt was important and ultimately led to this style of delivering courses being integrated into the degree completion program and then into the University’s Masters programs, making them both more flexible and accessible. When asked what his favourite memory was from his years at Crandall, Seth expressed that he loves Convocation, especially Convocations with a special significance, like his daughter’s. Others that he cited as having a special meaning include the last Convocation ceremony held at First Baptist Church, Moncton, and the first ceremony on our own Gorge Road campus.

Our Sincerest Thank You

Thank you to all of our wonderful retirees for their years of service to Crandall University. Their work at this institution has impacted programs, daily operations, and countless lives for the better, and the fruits of their labour will carry further than they will ever know. All of us here at Crandall wish them all the best on this next chapter of life and pray that God will richly bless them in all they do. 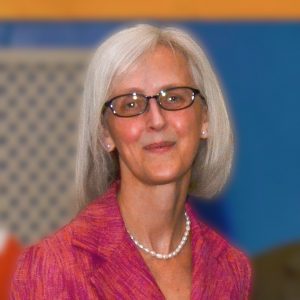 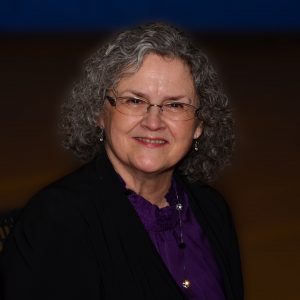 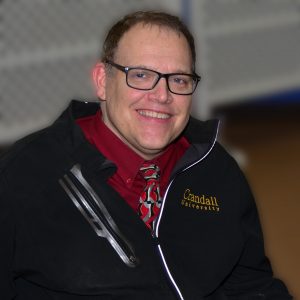 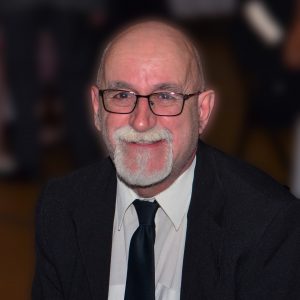 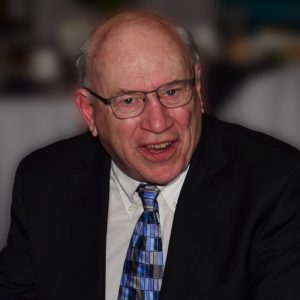 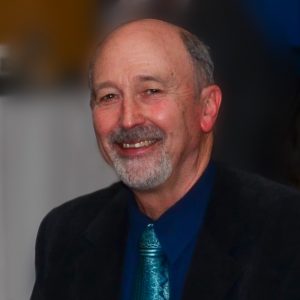