Moncton, NB: On Saturday, May 4, 2019 Crandall University will hold Convocation ceremonies for the students graduating from programs in the 2018-2019 academic year. More than 160 students will be presented with degrees, certificates, and awards, with friends, family, and political representatives in attendance to witness the ceremonies.

This year’s recipients come from different backgrounds, different regions, and different professions, but both demonstrate passionate leadership and the desire to better the world around them through their Christian service.

The recipients of the 2019 Leadership Award are: 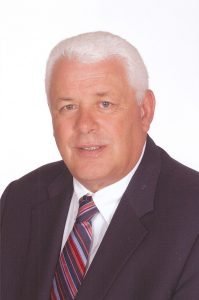 Mr. Ed Barrett, of Carleton County, New Brunswick, is co-CEO of Barrett Corporation, a North American investment and management company. He is CEO of Barrett Diversified Inc., which operates wholesale distribution companies in Canada and the US, and is co-founder, significant shareholder, and serves on the Board of Xplornet Communications, a leading broadband and communications company in Canada.

He graduated with a BA from Acadia University in 1975 and received a MPA from Dalhousie University in 1977. After spending the next two years in Ottawa working in public service, he answered a call to entrepreneurship and returned to New Brunswick, where he has spent the intervening years.

Feeling called to serve at the intersection of business and public service, Mr. Barrett serves as Chairman of NB Power, he is on the Board of Wajax Industries, a public company traded on the TSX which is a leading mobile equipment and industrial supplies company in Canada, two private companies based out of New Brunswick, Atlantic Industries, Apex Industries, and he is Past Chair of the Board of Governors at Crandall University.

Mr. Barrett also serves on the Board of Directors for Nav Canada, a private sector, non-share capital corporation that owns and operates Canada’s civil air navigation service (ANS), and for Medavie Blue Cross, a not-for-profit health services partner for individuals, employers and governments across Canada.

While he has developed a concern for the public good as well as sensible business practices, Mr. Barrett’s ultimate definition for a life well-lived comes from his faith walk. Throughout his life, studies, and work, he has stayed connected to local churches, and has sought to live his faith out through all of his endeavours, leading by example in his family, his work, and his life.

Mr. Barrett and his wife Melissa live in Woodstock, New Brunswick. They have two adult daughters, Karen and Correen (Class of 2008), and two grandchildren. 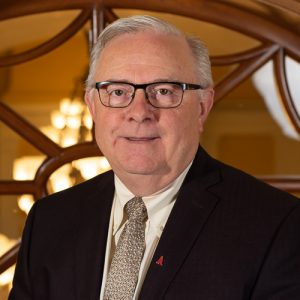 Dr. Harry G. Gardner, a native of the south shore of Nova Scotia, graduated from Dalhousie University (BA 1974), Acadia Divinity College (MDiv 1977) and from Fuller Theological Seminary, Pasadena, California (DMin 1993). He has served as the minister of the Burlington-Victoria Harbour, Wilmot, and Liverpool-Brooklyn United Baptist Churches.

In 1986 he began work with the Home Mission Board of the Canadian Baptists of Atlantic Canada and in 1989, became the Director of Home Missions and Church Planting. He served for eleven years as the Convention’s Executive Minister prior to serving at Acadia. In this role he was a member of the Boards of Acadia Divinity College and Crandall University. He has had a keen interest in addressing issues of racism, promoting integral mission as well as international relief and development.

In 2007, he was the President of the North American Baptist Fellowship, and between 2010 and 2015, he was one of twelve Vice Presidents of the Baptist World Alliance. He served a six-year term (2012-2018) on the Board of Commissioners, Commission on Accrediting of the Association of Theological Schools in the United States and Canada. In 2016, he was elected as the Board Chair for a two-year term.

He has served as President of Acadia Divinity College and Dean of Theology of Acadia University since January 2008, and is retiring in 2019.

He and his wife, Gail, reside in Kentville, Nova Scotia. Their family includes two married children and four grandchildren. Personal interests include fun times with the grandchildren, travel, and music.

Dr. Gardner sits in the Abner J. Langley and Harold L. Mitton Chair of Church Leadership and teaches in the area of pastoral ministry, leadership, and spiritual disciplines.