Class of 2014
Bachelor of Arts (History) 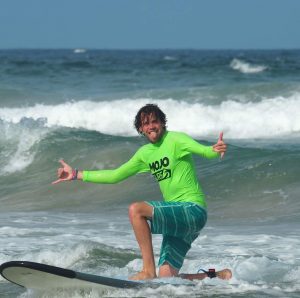 After graduating in 2014, I completed my Master’s in Viking History at the University of Iceland and have been travelling the world since then. I’ve travelled to Scotland, Ireland, Wales, England, the Netherlands, and Germany. In 2016, I went on a 9-month working holiday adventure to Australia, where I learned about Aboriginal culture and heritage. I lived with the Aboriginals of the Daintree Rainforest in Tully, Northern Queensland, and studied their culture, customs, language, weaponry, and hunting. During my travel, I also was a surf instructor in Byron Bay, a horse ranch worker in Melbourne, a bartender at X Base hostels on Magnetic Island, and participated in an Aussie Rules Football League.

Next year, I’m travelling to South Africa to work on a Savannah animal rehabilitation center, to Nepal to trek up to Everest Base Camp, to Polynesia to go on an island tour. I eventually want to return to Australia to learn more of Australian Aboriginal Culture and live among the Aboriginees once again, particularly in the Red Desert region of Uluru.

Crandall University played an important role in helping me travel the world and learn about other cultures. Dr. Bodner took time to help me apply for my MA Degree in History, encouraged me in my paper writing, and always provided a good sense of humor when I needed it. Dr. Sheldon MacLeod was another positive influence, from helping me choose courses that would best suit me for my MA to contacting me at random just to see how I was doing. Sheldon definitely promotes Crandall’s Christian message with a respect that few can contend with. Finally, Dr. Smith and Dr. Simbanegavi, who took time to help me plan a future where world travel and self-education of other cultures would be key in understanding myself and my own culture.