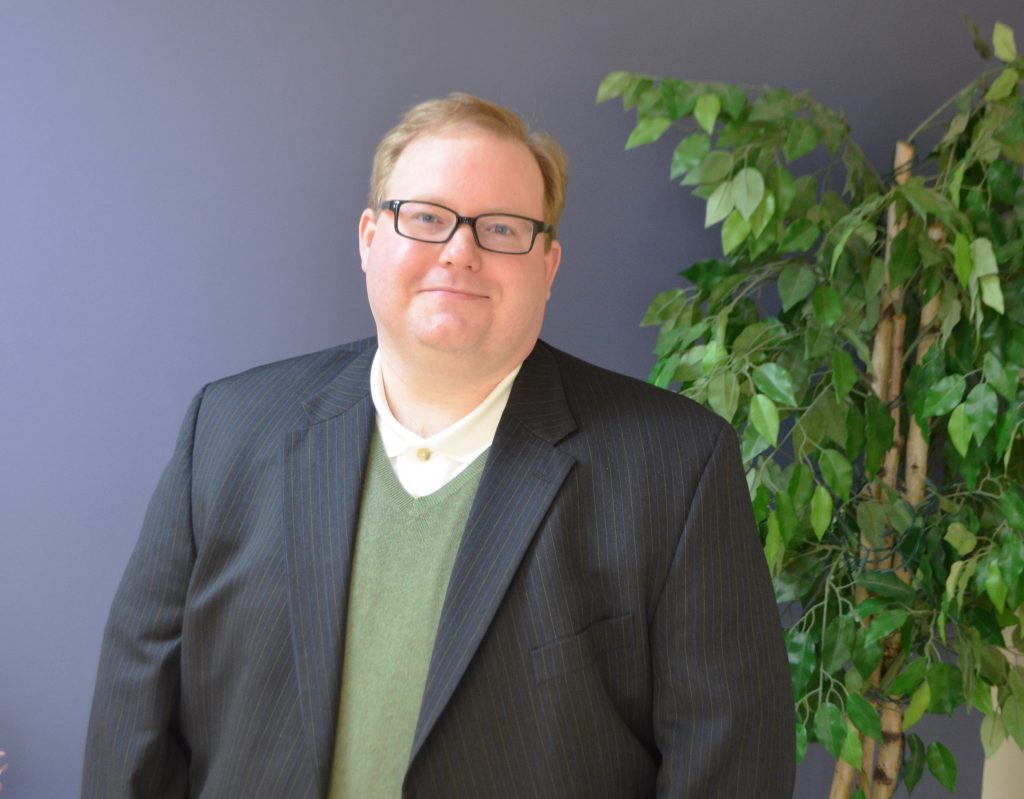 Crandall University welcomes a new Sociology professor, Adam Stewart, to its faculty. Dr. Stewart is originally from Yarmouth, Nova Scotia, but comes to Crandall from Ontario where he has lived for the past seventeen years and taught sociology and religious studies at the University of Waterloo and Wilfrid Laurier University. His PhD thesis at the University of Waterloo focused on religious change among Canadian Pentecostals and was published by Wilfrid Laurier University Press as The New Canadian Pentecostals in 2015. This semester, Adam is teaching Introduction to Sociology II and the Sociology of Work, and next semester he will be teaching Perspectives on Poverty, Deviant Behaviour, and Religion and Violence.

In addition to conducting research and teaching, Adam also enjoys consulting and lecturing on the topics of religion and society and Indigenous relations. Some of the organizations that he has worked with include the Anglican Church of Canada, Batchewana First Nation, Christian Horizons, Garden River First Nation, the Government of Canada’s Department of Canadian Heritage, the Ontario Provincial Police, The Pentecostal Assemblies of Canada, the Province of Ontario’s Ministry of Training, Colleges, and Universities and Ministry of Natural Resources and Forestry, the Truth and Reconciliation Commission of Canada, The United Brethren Church in Canada, as well as a number of clinics, hospitals, libraries, school boards, and universities.

Adam has been married to Rebecca, who is from Sault Ste. Marie, Ontario, for almost fourteen years, and they have two sons, Alasdair who is seven and Xavier who is one.