Recent Master’s Grad Sworn in as Chair of ACC

Recent Master’s Grad Sworn in as Chair of ACC

Congratulations to one of our recent Master of Organizational Management graduates, Terry Malley, on being sworn in as the new Atlantic Chamber of Commerce (ACC) Chair this week. 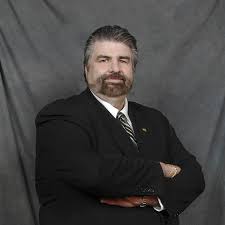 Moncton specialty vehicle manufacturer, Terry Malley, has stepped up to guide the voice for business in Atlantic Canada.

The president and CEO of Malley Industries Inc. which makes ambulances, cop cars, and thermoform plastics, has been named chair of the Atlantic Chamber of Commerce.

He was sworn in during the 120th annual general meeting held in Moncton on Tuesday.

“I think the last couple of chairs really brought a lot of stability in the organization.” Malley told allNovaScotia from the event.

After three years on the committee, Malley moved up organically from his position as second vice-chair, followed by first vice-chair.

He replaces Newfoundland and Labrador’s Debra Feltham in his new role.

Malley takes over the task to encourage members from the 95 regional chambers to provide feedback so the Atlantic body can lobby the government.

Born and raised in Moncton, Malley also serves on advisory boards for the Canadian Space Agency and the University of New Brunswick.

He is also director of the Canadian Manufacturers and Exporters (New Brunswick Division) and sits on the national board.

“I think he brings a very strong governance mindset to the position.” Said Roy.

“He’s a very strong person in business as well.”

The 58-year old founded Malley Industries, which has grown to service international markets, with his father A.J. Malley, in 1979.

The business consolidated its operations in 2010 when it moved to a newly constructed 90,000 square foot manufacturing plant next to the airport in Dieppe.

Today, Malley has his entire immediate family involved in the business, with his public relations practitioner wife Kathy acting as a VP.

“I lured her away from her own company 17 years ago.” he said.