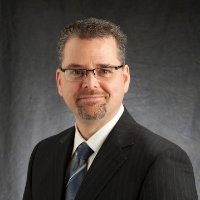 Crandall University President Dr. Bruce Fawcett announced today that, following an extensive search process, the Board of Governors has approved the appointment of Dr. Jon Ohlhauser as the university’s next VPAA, effective January 1, 2016. The VPAA is a key role in the campus leadership team, overseeing all faculty, programs, and academic units within the university.

Dr. Ohlhauser, a native of Alberta, holds a BA from Liberty University, an MA from Wake Forest University, and a PhD from Regent University. He served as a speechwriter at the Legislature in Alberta for three years and went on to serve as a Sessional Lecturer at the University of Calgary. His first full time academic appointment was at Crandall University as a professor in the Communications Studies department. While at Crandall Ohlhauser formed a debate team that was highly competitive in the Atlantic region. After four years of service at Crandall Dr. Ohlhauser was invited to become Vice President for Marketing and Communication at Tyndale University College and Seminary in Toronto and then after three years was invited to return to his alma mater, Prairie College, as President. While at Prairie he led the institution in developing a College of Applied Arts and Technology. Following his service at Prairie he was invited to provide leadership to a new College, called Hope College in Drumheller, Alberta where he has served for the past seven years.

Among his many extra-curricular activities are competitive boxing and coaching, public speaking, and supporting his wife Jeneanne in their raising of seven children.

Please join us in welcoming Dr. Ohlhauser back to Crandall!