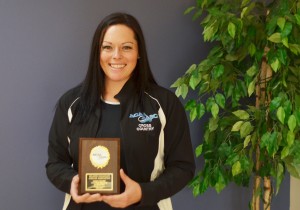 This was the first year Wagner has coached, and she hopes it won’t be her last. “This season is one to remember. All of the athletes worked so hard, and we became like family” says Wagner. Wagner is a seasoned runner, running for over 20 years herself. She ran with the Crandall athletes during practice and races because she “wanted to be a part of the athletes growth; running with them encouraged them as much as it encouraged me to be the best coach I could be.”

Crandall took home bronze in the male finals at the Championships, and the majority of the Crandall athletes walked away with a personal best time.