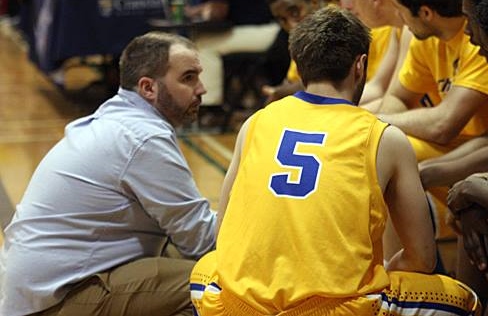 Jamie Small has been named head coach of the Crandall University Chargers women’s varsity basketball team for the 2015/16 season.

“Jamie has a brilliant basketball mind, and we are extremely grateful he has accepted the head coach positon.  Jamie has an extensive basketball background, and knows the history of the Chargers basketball program,” said director of athletics Bryan Cawthra.

Jamie is entering his first year with the women’s program at Crandall.  Although he is new to the women’s division, he is not new to the ACAA.  Jamie was the head coach of the Crandall men’s teams from 2002-2005, and he returned in 2013 serving as the assistant coach of the Chargers men’s program for the last two seasons, focusing on player skill development. Jamie has also coached various high school teams as well as numerous minor basketball and club teams over his near 20 year career.

Former head coach, Gordie Kline accepted a new role as vice principle at Marshview Middle School in Sackville, NB. Crandall University is appreciative for all the time and effort Kline put in during his time, and the Chargers are eager to build off their ACAA 4th place regular season finish with new head coach Jamie Small.