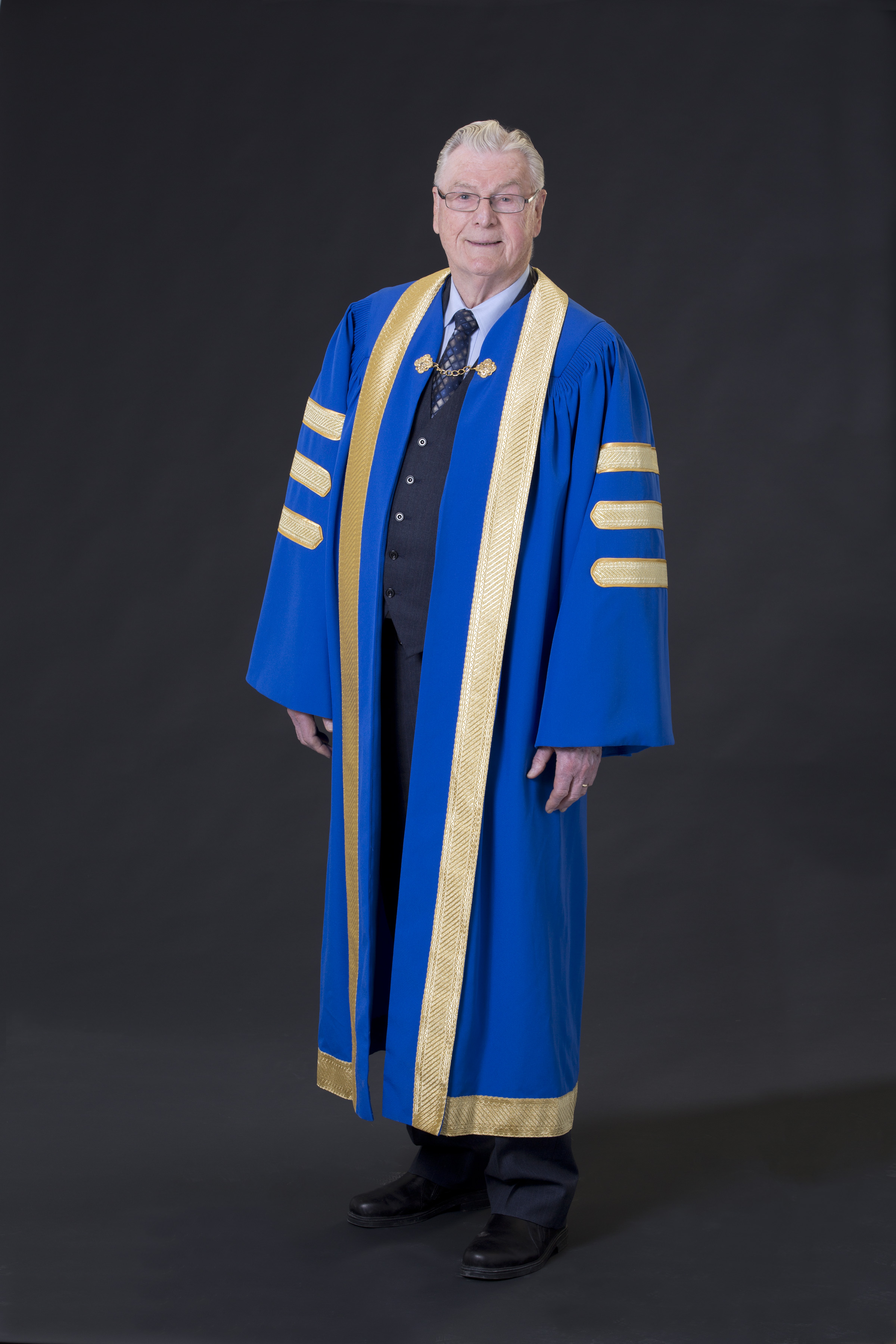 <image001.jpg>Chancellor of Crandall Jack Stultz will receive the title of Chancellor Emeritus at the university’s convocation on May 3rd. PHOTO CONTRIBUTED

Jack Stultz, chancellor of Crandall University, will be receiving the prestigious title of Chancellor Emeritus at the university’s convocation this weekend. The university is presenting Stultz with this designation to honour his lifetime of dedication.

Stultz has been chancellor since 2008. He is a Crandall alumnus, graduating three years after it opened in 1952. At the time, it was a high school on Salisbury Road called United Baptist Bible Training School. His first memories of the school include helping students living in the basement clear out flood water from spring thaws.

His commitment to Crandall only grew from there.

He went back around 20 years later – after founding the successful Apex Industries in 1961 – to become a member of the Board of Governors. He served the Board for 36 years, including 15 as chairman. Through his various positions, he has accomplished many feats for the school; most remarkably, he headed the campaign to construct a new campus on Gorge Road in 1996. Stultz Hall, a building constructed on the campus in 2009, is named after he and his wife, Grace. He says he was prompted to become involved with Crandall because of his Christian faith and the quality of the institution itself.

“I felt led to be involved and make a contribution,” said Stultz. “Sure, it’s always had its challenges – everything does – but to see the way that this institution has developed has been extremely rewarding.”

Part of Stultz’s role as chancellor was to offer advice to the president on management and organization of the university. Fawcett said Stultz would help in any way he could when asked, but he would never meddle.

“He’s very interested and supportive and I found that to be very helpful.”

Stultz’s work was not limited to Crandall but extended into other facets of the community as well. To supplement his duties as board member and chair at Crandall as well as his position as president of Apex Industries, Stultz has acted as board member of the Greater Moncton Economic Commission, honorary chair of Junior Achievement for Greater Moncton, member and past chairman of the Industrial Benefits Committee for the Province of New Brunswick – the list goes on. However, Stultz never found his work taxing, but rewarding. Notoriously modest, he credits his accomplishments to the people around him. He’s humbled that the people he’s served for so long are now honouring him with the Chancellor Emeritus title, Crandall’s highest distinction and the first of its kind at the university.

“I’m not suggesting it’s justified, but I’m very appreciative,” said Stultz. “I do not take it lightly.”

Crandall has changed significantly since Stultz graduated more than 60 years ago, including four name changes and a new location. However, Stultz said its development through the years isn’t just superficial. The institution has matured from a high school level to “an excellent university.” According to Fawcett, this is due in part to who Stultz is at his core.

“I think in many ways Jack’s strongest contribution here is his character and who he is,” said Fawcett. “For most of us, our ultimate contribution is who we are, how we live our lives, and how we relate to people. Jack’s been a good model for that.”

Stultz sees a bright future for Crandall. Enrollment is on the rise, new scholarships are available and new academic programs are always developing. Stultz will focus his own future on being less busy.

Convocation will be held at the school Saturday.

*Taken from the Times & Transcript. Property of Brunswick News Inc.