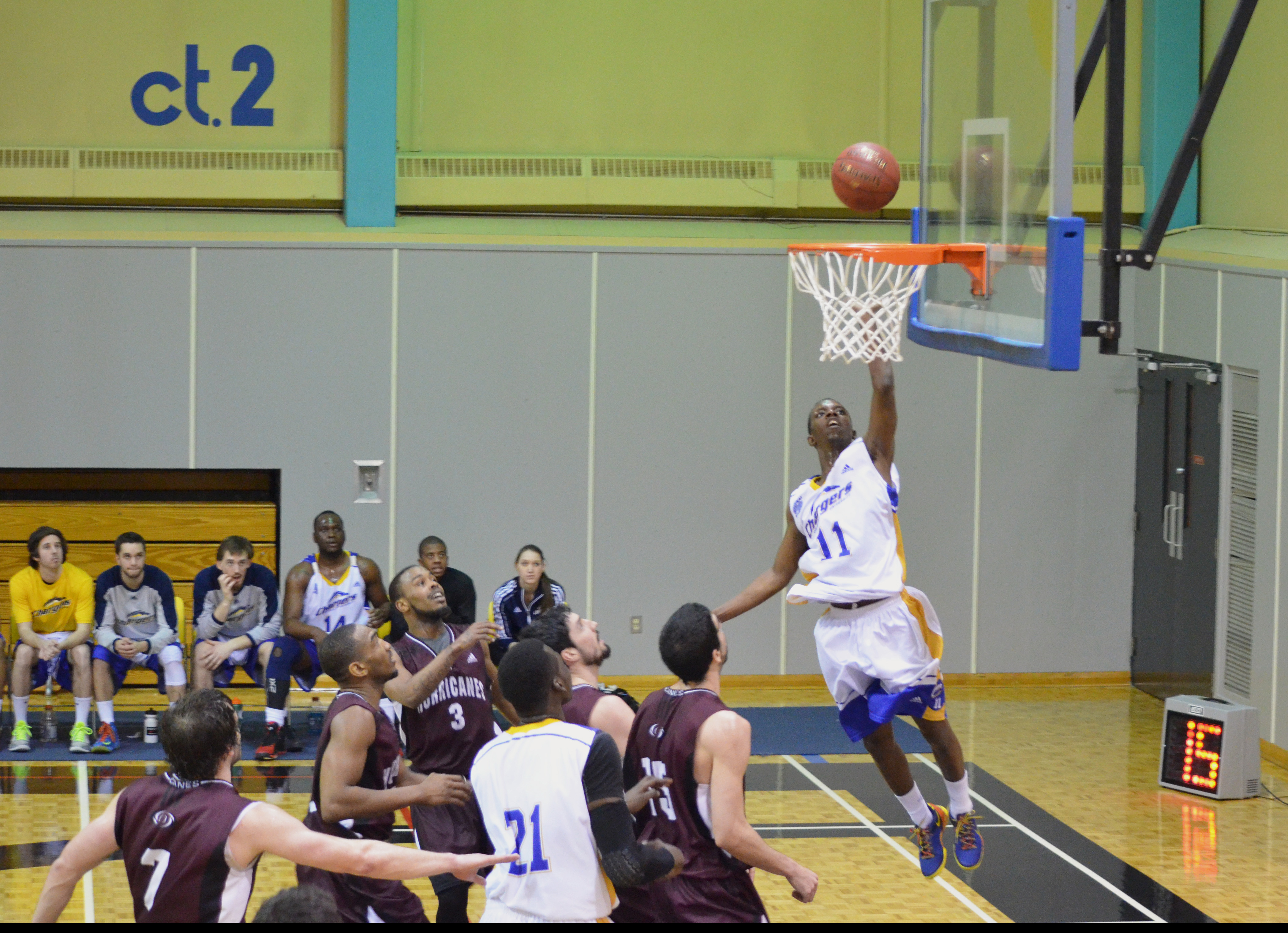 After a tough, but well fought battle against Holland College, the Crandall Chargers men’s basketball team left the ACAA Championship game as silver medalists. Rookie forward, Osman Barrie, was named the ACAA Men’s basketball player of the year and also a member of the 1st team all-conference! In addition, both Nathaniel Fells and Achuil Lual were 2nd team all-conference players! The Chargers placed 1st in the ACAA regular season with 18 wins and 3 losses.

The Chargers’ secured their place in the Canadian Collegiate Athletic Association Championships with a 69-65 win over STU on Saturday, March 1st. The National Championship will be hosted in Squamish, B.C. from March 12-15 and the Chargers 1st round opponent will be the Red Deer Kings who are currently ranked #3 in CCAA.

The Tommies put everything they had into Saturday’s game and gained a great deal of respect through their efforts. The first quarter was neck in neck, but by half-time the Chargers fought their way to a 17-pt lead. Chargers and Tommies fans alike were wide-eyed as Richie Wilkins, the Tommies’ guard, sunk four shots from behind the three-point line. With only a minute left in the game, the teams were tied 65-65. Chargers fans were on the feet at full volume as the Osman Barrie and Achuil Lual came through and scored two baskets in the last minute!  Wilkins attempted another 3-pointer, but this time it clanked off the rim and Alex MacLeod corralled the rebound. Nathaniel Fells scored 18 points, Osman Barrie 17 points, and Lual 14. The final score was 69-65.

In the Gold-medal game, Crandall fell 88-74 against the third-seeded Holland Hurricanes. The Chargers had won two of the three regular season meetings with the Hurricanes.  Osman Barrie contributed 23 points and 11 rebounds, Achuil Lual netted 16 points and eight rebounds, and Alex MacLeod added 12 points.

In his post-game commentary, Fells stated: “if God is for us who can be against us? We go in and we pray. We’ve got a good work ethic and we’re a positive team. We see the results of that.” This is exactly what we expect from the Crandall Chargers as they head to the B.C. next week. 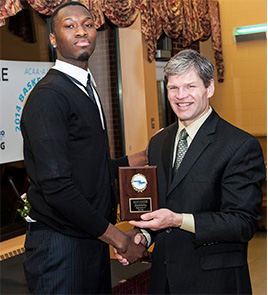 Osman Barrie, was named the ACAA Men’s basketball player of the year and also a member of the 1st team all-conference