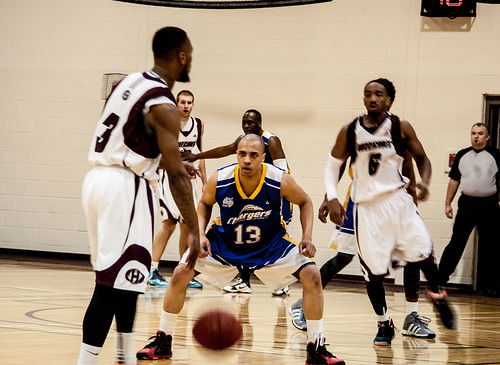 The Crandall Chargers are back alone in first place in the Atlantic Collegiate Athletic Association men’s basketball conference.

The Chargers had a marquee match up on Saturday, February 8th, as the 2nd place Holland Hurricanes came to town.  Crandall was sitting in 5th place nationally, and Holland was in 6th place, so the men had to prepare for what would be the biggest game of the regular season.

The stage was set, and the court was packed with fans excited to watch two of the top 6 teams in the country battle.  The Hurricanes jumped out of the gate fast snagging a 6-point lead after the 1st quarter.  But the Chargers were up to the task in the 2nd quarter weathering the Hurricanes to just 11 points, while banking 22, and taking a 5-point lead into halftime.

The 3rd quarter was the tipping point, as the Chargers tallied 32 points, while holding Holland to 21, and expanding their lead to 79-63 and eventually winning the game 109-93.

Riverview native Alex MacLeod was on fire as he poured in 30 points, with 7 rebounds and 6 assists.  But it really was a team effort with Achuil Lual adding a double-double, Osman Barrie 19 points and 9 rebounds.  Guards Nathaniel Fells with 8 points, 8 rebounds and 12 assists, and Serif Bah adding 16 points.

The Chargers then played Dalhousie AC on Sunday, and won big, blowing out the Rams 120-58, and improving their ACAA record to 15-2.  These two wins pushed the Crandall Chargers from 5th to 3rd in the Canadian Collegiate Athletic Association rankings, http://www.ccaa.ca/rankings-s15103which is the highest in school history.

This weekend the Chargers to Halifax to play a very good MSVU team on Saturday, Feb.15 at 5pm and then Sunday they take on UKC at 3:00pm.Watch all of the Crandall Chargers games live or archived on www.acaatv.ca 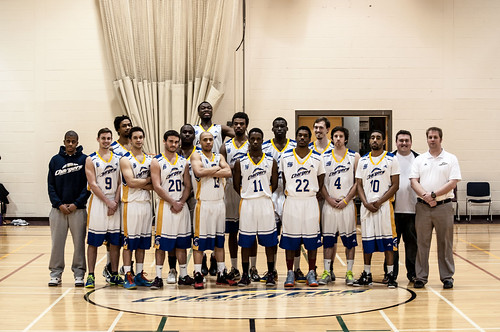